In his keynote address, the Vice-President said; “[The Millard Fuller Foundation’s housing] can serve as a model for many others to follow, with the potential for creating homes that are affordable to Nigerians on modest income, particularly our young people as they start out in life.”

Watch the full keynote address from the Vice-President.

The Millard Fuller Foundation’s 1000th affordable house, completed in July 2021, is now home to Naomi Fobamiya and her son Enthous. The Vice-President commemorated this landmark achievement with an indoor ceremony and gained first-hand insights from Naomi and other families across the site. The Vice-President meeting homeowner Naomi Fobamiya and her son Enthous.

During the ceremony Sam Odia, the Millard Fuller Foundation’s CEO said; “One thing we’ve learnt along our modest path to building our first 1,000 houses is that significant and sustained impact is a result of collaborative effort. No one, no organisation is self-made.” 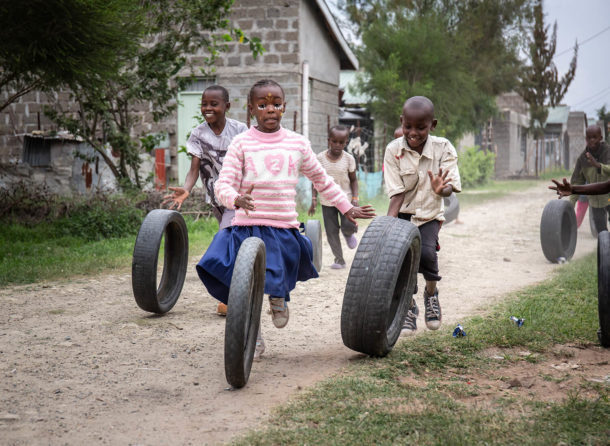